Select the delivery country from the list below, this will guarantee you the correct prices and shipping services for your area.

Continue Shopping
Be advised that changing your location while shopping will remove all the contents from your shopping bag. 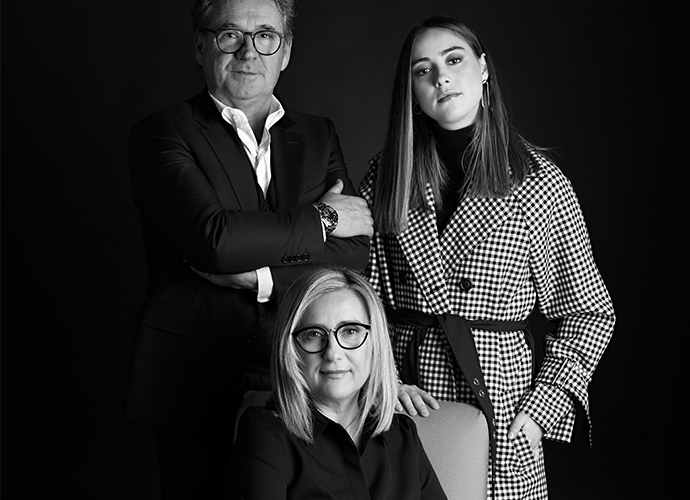 The Plissè Spa Fashion Group celebrates its first thirty years of entrepreneurship and Made in Italy productions. It is the history of the fashion company from Piombino Dese (Padua), which today controls the Beatrice.b, Sfizio and Smarteez brands, which began in 1988 thanks to the managerial and stylistic vision of Paolo Mason and Morena Bragagnolo. The two entrepreneurs took inspiration from historical handiwork in naming their company. To celebrate this important milestone, a multitude of projects and innovations are planned throughout the current year, both in the corporate sphere as well as the brands in its portfolio. First was the entry of second-generation Beatrice Mason into the company in the role of Fashion Designer, conveying its solid family-based lead that looks towards an international future. "I am proud to officially join the company, in creating the style of the collections. It will be a challenging yet extremely stimulating experience for me, given the significant results achieved so far by my family and the wide margin of international growth as regards youth, which is expected for years to come for the Plissé group".

Plissè, whose network counts 1,000 Italian stores and 700 customers abroad in Europe, the Middle East and the United States, has always looked towards the future since its foundation, in using artisanal experience and top-notch creativity. The Group is a constantly expanding entrepreneurial business, whose turnover has continuously increased for 10 consecutive years; the 2018 financial year will close with an increase in turnover of 20%, reaching 22.3 million euro. All balance sheet indexes (balance sheet, financial and income) are improving. Ebitda will stand at 2.5 million euros, showing growth of approximately 40% compared to the previous year, while Ebit will reach 0.9 million euros, with a progression of approximately 80% in 2017. From the 2017 financial year, the Group entered the capital market with the issue of mini bonds through the ExtraMot Pro platform, managed by Borsa Italiana. Two issues were completed: one in December 2017 of € 500,000, which has been fully subscribed and repaid on 30 September 2018. A second issue of € 750,000 took place in October 2018, which was also fully subscribed within a few days. In December 2018, the company obtained a public rating assigned by Cerved Rating Agency spa.

The Plissè Spa Fashion Group has had a wealth of success, made possible by investing in technology and modernity, while keeping the involvement and unique, singular passion typical of family management alive. Many significant milestones have been reached during its three decades of history: from the expansion of the Veneto headquarters in 2003, to the opening of its first flagship store in Jesolo (Venice) in 2006, a pilot store owned by a retail development project, until the 2013 creation of the "Plissé Usa Inc" branch in the United States with the aim of increasing and strengthening the American business. Among the other recent key stages of development is the inauguration of a new showroom in Milan and the first flagship store within the CityLife shopping district, as well as the debut of a new concept for corners of large international department stores and the growth of two New York showrooms, alongside the continuous expansion of the distribution network, from Japan to Canada.

"We are proud to celebrate the group's first thirty years, with a series of important celebratory projects throughout 2019. The passion for fashion drives us and has always inspired us, makes us look toward the future, certain that even the next three decades will be challenging, exciting and full of new challenges. One of these will take place shortly with the launch of the Beatrice.b and Sfizio online sales platforms", explain Paolo Mason and Morena Bragagnolo, respectively the Managing Director and Creative Director and founder of Plissé Spa.

Sfizio also has new developments, with the women's ready-to-wear line that has an athleisure aesthetic and brings Italian elegance closer to urban styles, creating a young and fresh Made In Italy product. Casual versatility is revisited, bringing details and prints that make the difference to everyday wear items. For this brand, a restyling of the logo will take place with a modern twist, followed by the launch of a new label starting from March 2019, to be recognizable through an identifying symbol in its labelling.

A significant step towards digitalization will also take place for both brands, with the opening of dedicated Beatrice.b and Sfizio e-commerce platforms from February.

The Group's thirtieth anniversary celebrations will also bring new life to the Smarteez brand, with a massive communication campaign that will integrate traditional and digital channels. A line of research and experimentation, Smarteez is the conceptual work of Plissè. Purity of volumes and plays on colours come together to create new silhouettes, the result of an aesthetic suspended between the codes of sportswear and the world of women.

It will be a year full of initiatives for Beatrice.b, the first line of the group, which conveys the passion for Made in Italy quality and research in contemporary aesthetics. It is a label with a recognizable and authentic visual impact, offering a neo-luxury product for an international, sophisticated woman. As a first step, an exclusive Beatrice.b capsule collection will be launched to renew the values that characterize the brand: the company's history, tailoring and Made in Italy craftsmanship. The project is focused on three iconic pieces, the skirt, top and dress, all pleated with the characteristic handmade work as a common thread throughout all of the seasons, which also lends its name to the group. "Plissè is an artisanal finishing process that enriches the fabric, making it three-dimensional while maintaining the fluidity of the silhouette. The effect is made permanent by thermo-welding and makes the folds last over time, even when placed in a suitcase" adds Morena Bragagnolo. The three products of the limited edition “Heritage .b” capsule collection are made in patches of archive prints, with labels and packaging designed ad hoc. In addition, Beatrice.b customers will be given the opportunity to customize the items of the capsule collection with their initials, which will be thermo-welded on the label. It will only be possible to purchase items for a limited time, and only at the Beatrice.b flagship store at CityLife in Milan. 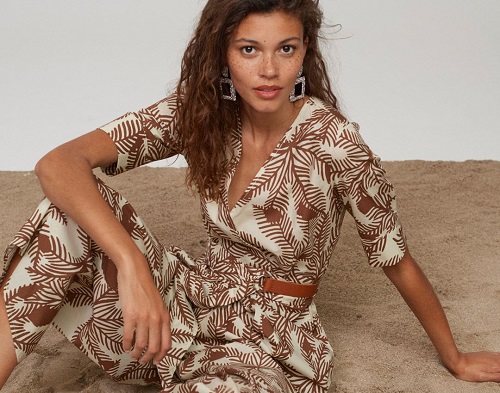 Summer is just around the corner and that means that it’s time to refresh your wardrobe!
Enjoy the 20% discount on a selection of garments from our new SS20 collection.

Use the following code at the checkout: PRIVATE20

What are you waiting for? Wear our most exclusive clothes now.

And receive 15% discount on your next order!
You will also know exclusive offers and benefits, to be always updated on the latest news.